Loading posts...
Home English The story of the first high school in Montenegro – the girls` institute at Cetinje

Now reading: The story of the first high school in Montenegro – the girls` institute at Cetinje

„Last month, day 22th, Duchess Milena of Montenegro happily gave birth to her daughter. It`s my honor to send Your Excellency a copy of a letter where Minister of Foreign Affairs informs the diplomatic corps about this childbirth. Female gender is not much appreciated here in Montenegro so birth of a princess isn`t the subject of an official announcement to the heads of the republics”

This is how French diplomat Kanten de Mongoncoun informed French Ministry of Foreign Affairs about newborn princess of Montenegro, on May 5, 1881. So, if in Royal familly arrival of baby girl was welcomed in this way, it`s pretty clear what was the position of women in Montenegrin society of that time. Consequently, Female education can not have a long tradition. 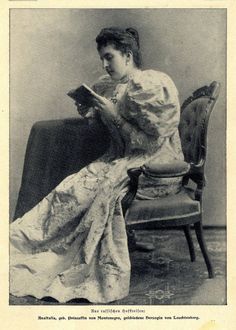 First historical trace leads to 1867 and Jelena Vicković from Cetinje who gathered girls in non-institutional form and educated their literacy skills. In 1971, first Private school for girls was opened at Cetinje. Two years later, it turned into a State elementary school for the education girls. The second female school was opened in Podgorica (1888) and third in Bar (1901).

Reading school regulations of that time, it`s clear that parents can choose if they want to educate their daughters or not. Since 1914, the obligation to educate girl child has become regulated by law. Therefore, a highlight of the cultural and educational history in Montenegro which deserves a special attention is:

The Institute was founded thanks to the wholehearted financial support of Russian Empress Maria Alexandrovna. The initiator of the foundation was Prince Nikola I who was inspired by Petrograd`s noble society during his visit. He met so many educated women and liked the idea of creating an envrionment for education and culture in Montenegro. Managers of the Institute were from Russia: Nadezhda P Pacevich, Natalia LJ. Mesaros, Julija A. Lopuhina, Sofia P. Mertvago.

Women’s Institute was the first female high school in Montenegro. According to the Constitution it was obliged to receive 24 students, but only 12 of them attended the Institute in the first generation. That clearly indicates the lack of understanding the importance of Women`s educate in that period. They were illiterate although the fact that they were 9 years (and older), so the Institute had to take the role of Elementary school too.

After the 1900 reform, (when the education was extended from 6 to 8 years), the elementary school was completed after two years, and the next two were intended for detailed education and could be continued by students with outstanding abilities. The third practical training was enrolled by the best students.

The Institute was first located together with the Theologian, which was attended by the boys in the “Billiards”. Later, a new large building was built (1872), with two floors accommodation, a library and accompanying cabinets. Today, this historic building is dormitory for students of Cetinje.

The mission of the Institute was to prepare girls for family life at first but the possible women influence on traditional society in Montenegro was pushed on side. Girls who were born in wealthy families or have gained high positions in society by marriage, have opted for the teacher’s call. Unfortunately, not a large number of them.

However, many continued their educating and became successful writers, doctors, teachers … For example, the first translator of the “Mountain Wreath” in the French language (1916) was miss Divna Vekovic, who graduated at girl`s Institute on Cetinje. This woman from Berane also was the first female  doctor in Montenegro. She graduated medicine at university of Sorbonne in Paris. Also, in 1910.,the newspaper called “Voice of Montenegrins” wrote about former student Eleonora Jenko who graduated on Women’s Medical Institute in Petrovgrad with great success. Also, they  informed about Zorka Bubalo from Dubrovnik, who graduated pedagogy on the Pavlov Institute in St. Petersburg.

Although the Institute was founded with the aim of educating local woman, a fact is following: from 450 students who passed through the Institute, only 205 of that number were from Montenegro. The Institute included 230 girls from the territory of Austria-Hungary, 213 from the Turkish-dominated provinces, 9 from Serbia and 1 from Bulgaria.

Contrary to the official Montenegro expectations, the work and educational process took place in the Russian spirit, while the social circumstances and needs of Montenegro were neglected. That is why the Montenegrin government in 1904 sent a request to the Russian court to reform the program of the Institute. The request was rejected and this was the main reason for the conflict between the official Montenegro and the Russian court in relation to the further functioning of the Institute, which resulted in its closure.