When you head from Podgorica airport to the sea, before you smell the sea breeze, you will encounter a magnificent scenery. Azure water, with numerous islands looking like mountains, covered with water lilies with white flowers. Welcome to the National Park Skadar Lake! 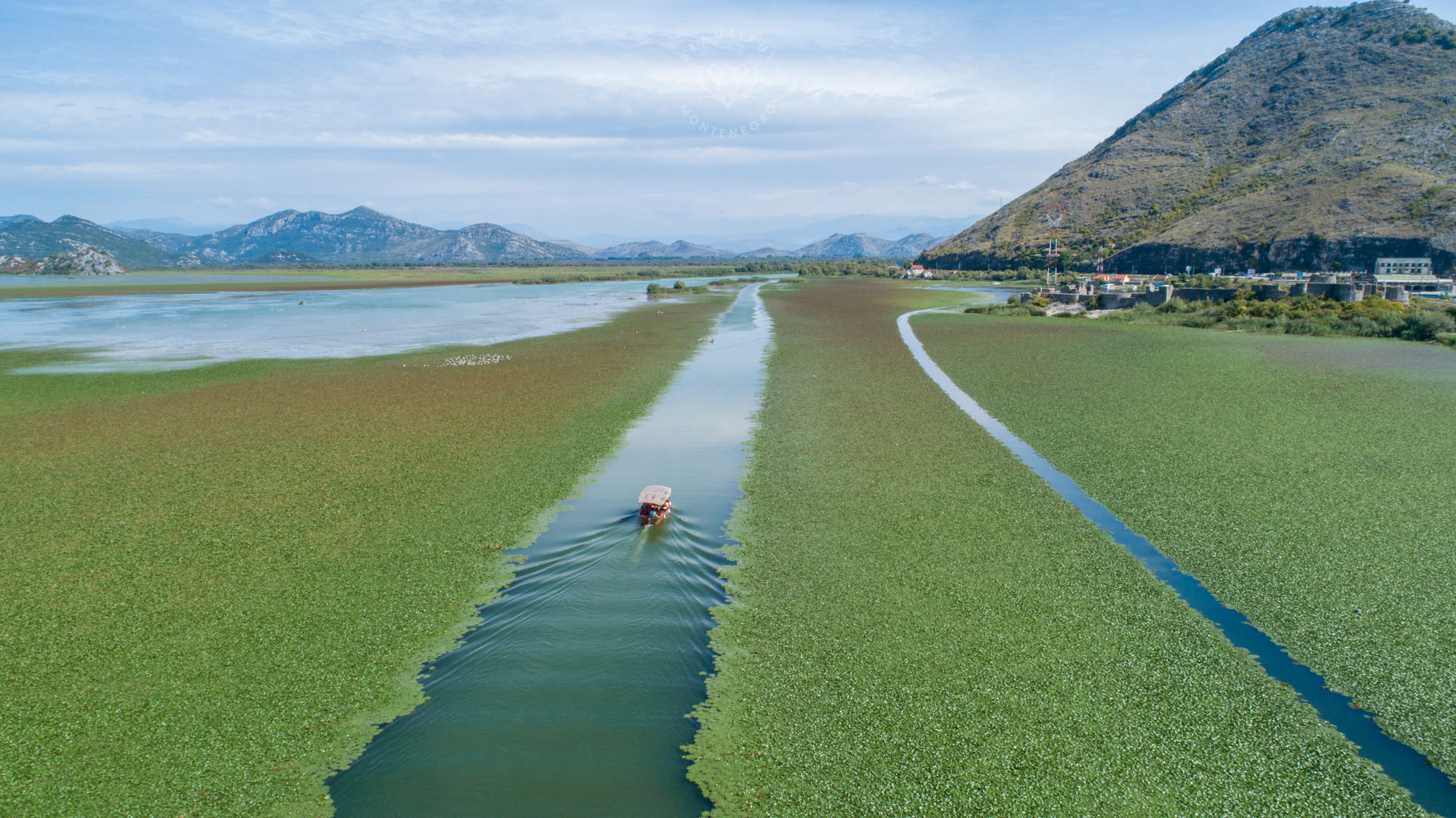 The sea, “just behind the corner”, can wait. There is, actually, a theory saying that this lake used to be a bay of the Adriatic Sea. What we are certain of is that is filled by six rivers, the biggest one being Morača and Crnojevića river, while Bojana river flows away from the lake in the area of Albanian town of Skadar, the one the lake was named after.

The biggest Balkan lake is a home to a great flier, excellent swimmer and marvelous fisherman – Dalmatian pelican. If you happen to notice it, you were lucky since it’s an endangered species. Besides pelicans, other protected species of birds settled here, such as great egret, glossy ibis and great snipe. Yes, indeed, Skadar lake is on a list of Ramsar wetlands of international importance. 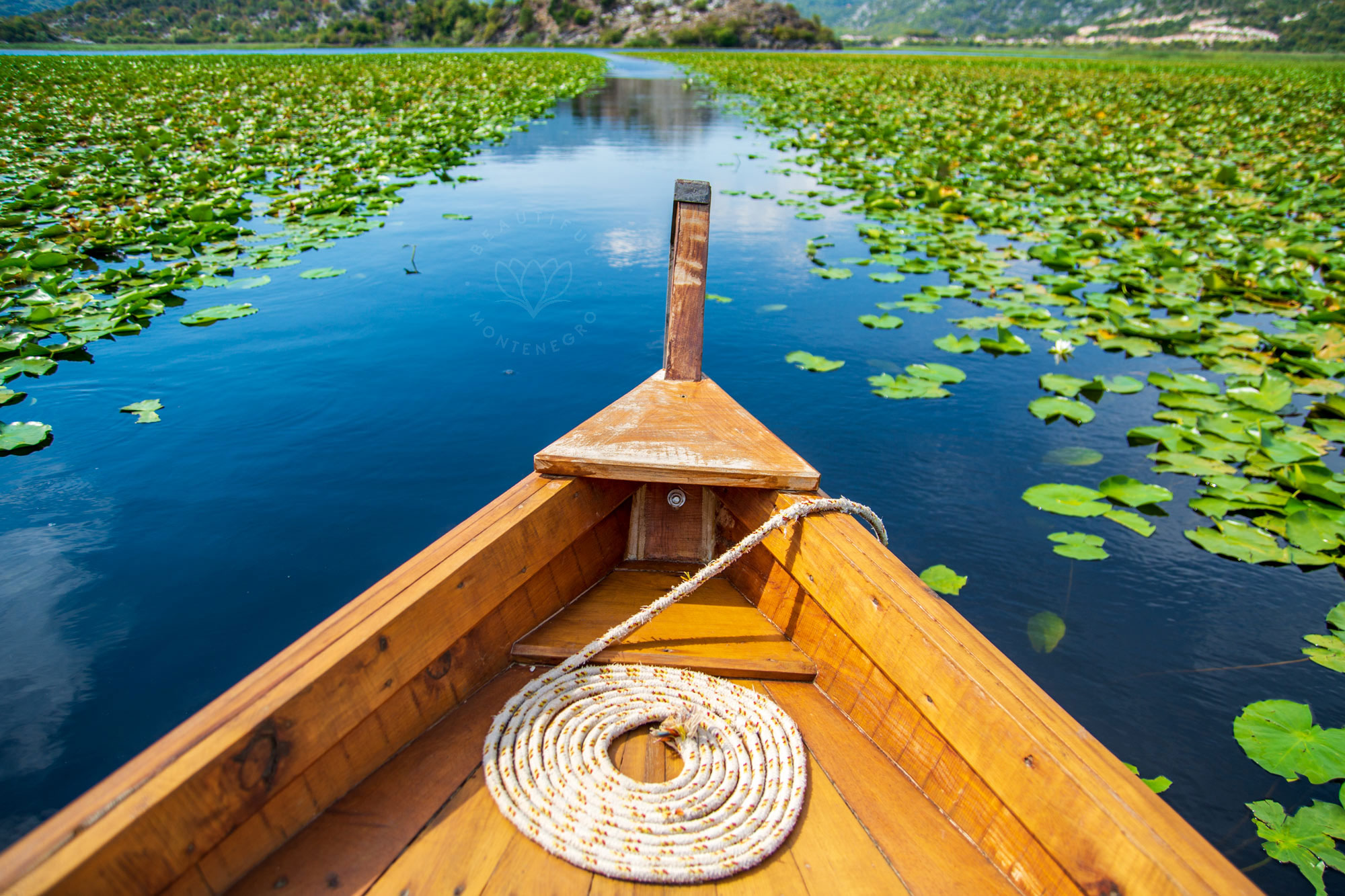 Still, it is even more significant for Montenegro. This used to be a heart of Montenegrin state, while the fortresses and middle ages monasteries are a true testimony of strong spirituality and turbulent history of a contemporary national park. Vivid fishermen’s villages, viewpoints, beaches, fortresses and monasteries all go along with many different myths, legends and historical stories. Many have not been written down, and are only told by villagers, monks and abbots. Make some time for taking a cruise around Skadar Lake and get to know the lake that means a lot to Montenegrins.

Surprisingly beautiful sandy beaches on Skadar Lake are an ideal refreshment when you long for peace and nature. If do follow and read #ShareMontenegro, we know you are an adventurist wishing to try something different!

Murići beach is located in the village of same name, that reminds of a small seaside village. Beside the fine sand and warm water, you will be delighted by the view of Beška island. Along with swimming and sunbathing, you can try sailing and bird watching, or simply enjoy fish specialties and bicycle riding. Those eager to learn new things, there is a Visitor’s Center.

Pješačac beach is located below a rustic village Godinje. It can only be reached by a boat, through a reed tunnel. There’s a true paradise there – authentic restaurant, beach and a view of Grmožur island. Everything is in harmony with the nature, there’s no electricity nor can it be reached by a car. Famous Rockefeller foundation also thought that the lake, boat and wine are enough for happiness, and upon the visit to the beach, they donated significant amounts for protection of the lake. They are not the only ones, team of the royal football club, Real Madrid, from Spain enjoyed here, and who knows who else. The beach is still a secret, though.

Whether you are religious or not, years engraved on lintels of churches are indeed fascinating, and the peace on these islands truly provokes spirituality. 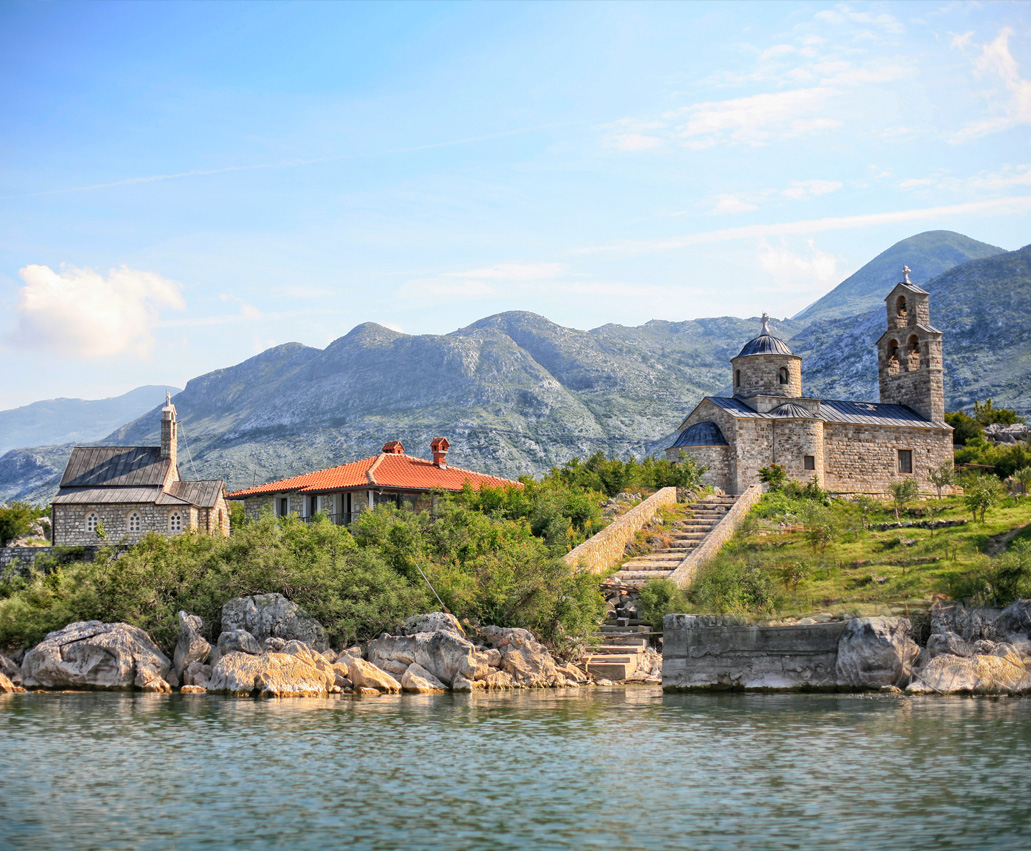 Starčevo is a monastery located on the island having the same name, and it emerged sometime between 1376 and 1378. It was built to honor the Holy Lady by a famous spiritual person, an old man Makarije, that used to live there as an ascetic, while it was named after him. The monastery is also significant for Montenegrins’ cultural life – this used to be a significant literary center.

Moračnik is a monastery that was built some 30 – 40 years later, on a beautiful island of the same name. It is believed to be the architectural highlight of the engineers on Skadar lake. It consists of Orthodox Cathedral, a palace and three chapels. A destroyed tower on the island served as a protection for Zeta from Venetians’ attacks. The monastery has been refurbished in 1997, after years of being neglected.

Beška is women monastery on the island of the same name. While the smells of lavender, basil and mint spread around, you can listen to interesting stories about famous Jelena Balšić, a daughter of Serbian Prince Lazar, who used to be called “the Learned one” because she was very knowledgeable. Some valuable theological pieces originate from here, since this monastery was also famous for literary activity.

Vranjina is an island in Skadar lake where the monastery dedicated to St. Nikola is located. It was built in 1233 and had a significant cultural and political role in Zeta state. It was destroyed during Turkish attacks, while the bells that had been cast in Venezia in 14th century are kept in Cetinje monastery. In 1886, Nikola, the ruler, refurbished the monastery with the aim to convert to monasticism his daughters if they do not get married.

Pavlova strana is an unforgettable viewpoint. Its uniqueness and beauty is charming, and many bloggers and influencers come to Montenegro particularly because of this viewpoint. 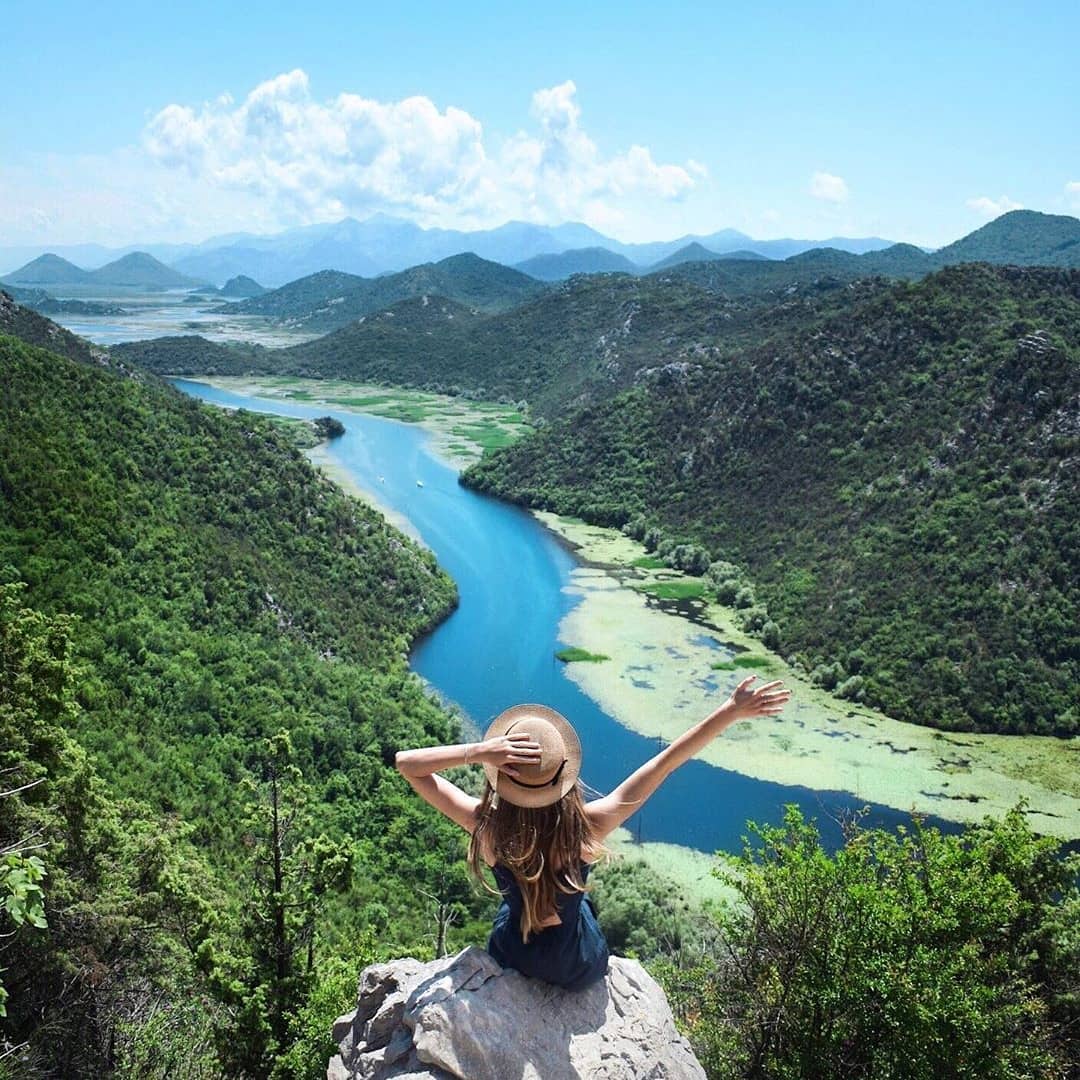 If you take the village roads, climb the fortress in Virpazar, you will see many stunning viewpoints, similar to Pavlova strana. Finally, take a look at a video that our friends from Beautiful Montenegro sent us, showing the cruising on Skadar lake, and you will understand why you must not miss this adventure.

Macalov brijeg: a must – visit while in Montenegro

26/04/2021
This village and the café called Macalov brijeg (Macalov hill) can be reached via old road from Rijeka Crnojevica to Virpazar. And the café itself is on a perfect location – on the road, exactly where you need some rest. Photo: Happy Travel Take a break w...
Continue reading
0 Shares