Our Lady of Mercy Island

Our Lady of Mercy Island is located in Tivat, between the shore of Krtoli and St. Mark Island.

As many other Tivat islands, this one also has several names in Montenegrin, such as Gospa od Milosti, Gospa od Milosrđa (all meaning: mercy), or it is simply called an island. It is 160 meters long and 60 meters wide. 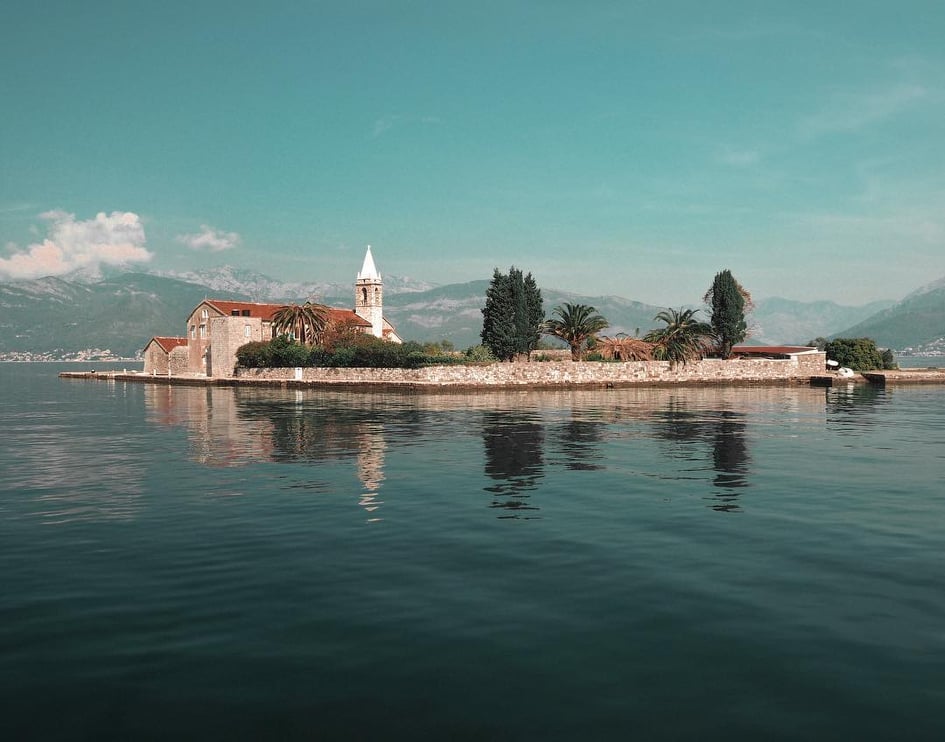 A half of the island is a Catholic church dedicated to the conception of the Virgin Mary, along which there is also a monastery .

In 1620, Turks burnt and ransacked this holy place, while Franciscan rebuilt supported by worshippers and maintained until 1800, when Bishop of Kotor sent two vicars to the island to keep the holy place safe and manage the parishes Krtole and Krašići.

In 1844 the Monastery was destroyed because of the thunder, and Bishop Frano Ućelini – Tice rebuilt it.

It is an interesting story about the thunder and destruction of the church. Natural forces are strong and they steer people’s destinies. It happened this time.

During the storm and thunder, both vicars were in the church. The vicar of Krašići was Josip Rafaeli. 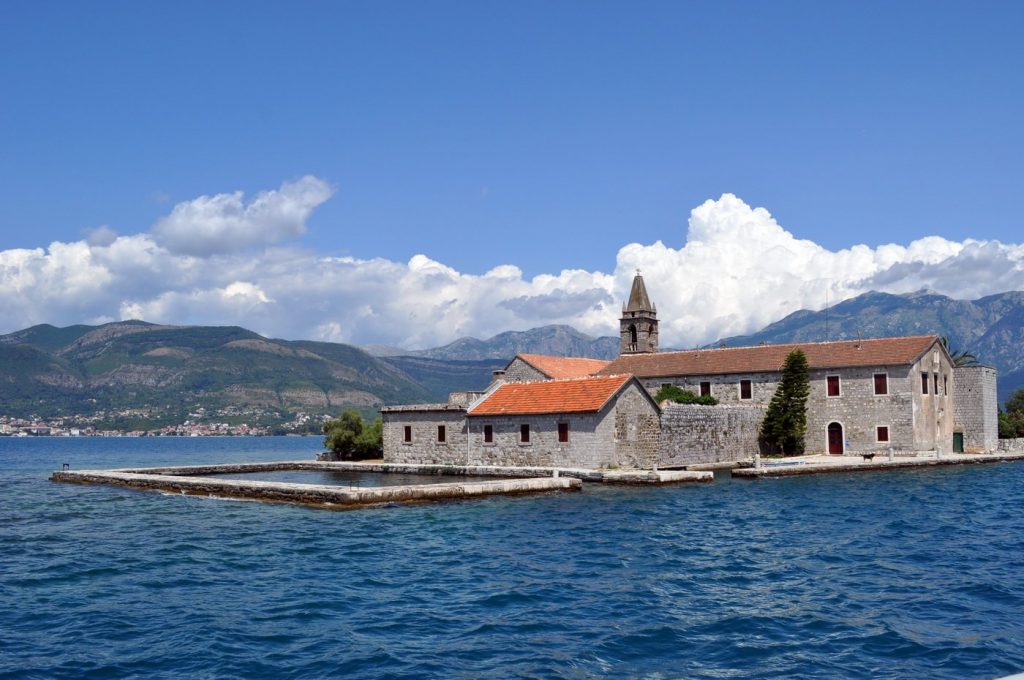 The moment the thunder struck the church, he had a usual service in there. Unfortunately, he died under the ruins. Vicar from Krtoli Ivan Gverini survived. He could not stand the loss of his “brother” Josip, which is why he abandoned religious life and returned back to his private home.

Nowadays, the island is a treasure of the past. Wooden statue of Virgin Mary is kept in the church, an old one and believed to be miraculous, originating from the time of establishing the Franciscan church (XV century).

There’s also an important altar from pre-Christian time devoted to Juniona Luciona – protector of postpartum women (a rare example in archeology). There are also the remains of the library of Bishop Ućelini.

We believe we gave you enough reasons to visit this small place.