Maxim continues with his adventures across Montenegro: Dangerous Canyon Nevidio at -15 degrees

As we already wrote, this 27-year-old Ukrainian love swimming in cold water during the winter, which in is a completely “normal thing” in his hometown.

Swimming in the Black Lake he called “very pleasant”. Many media reported about this stunning video at Durmitor national park but he also tried Lake Bukumir and little known Lake Lovcen.

Maksim especially love discovering less famous locations, even for us Montenegrins. So he recently went to Bar for swim but not in sea. He was attracted by a less known location in the Old Bar. 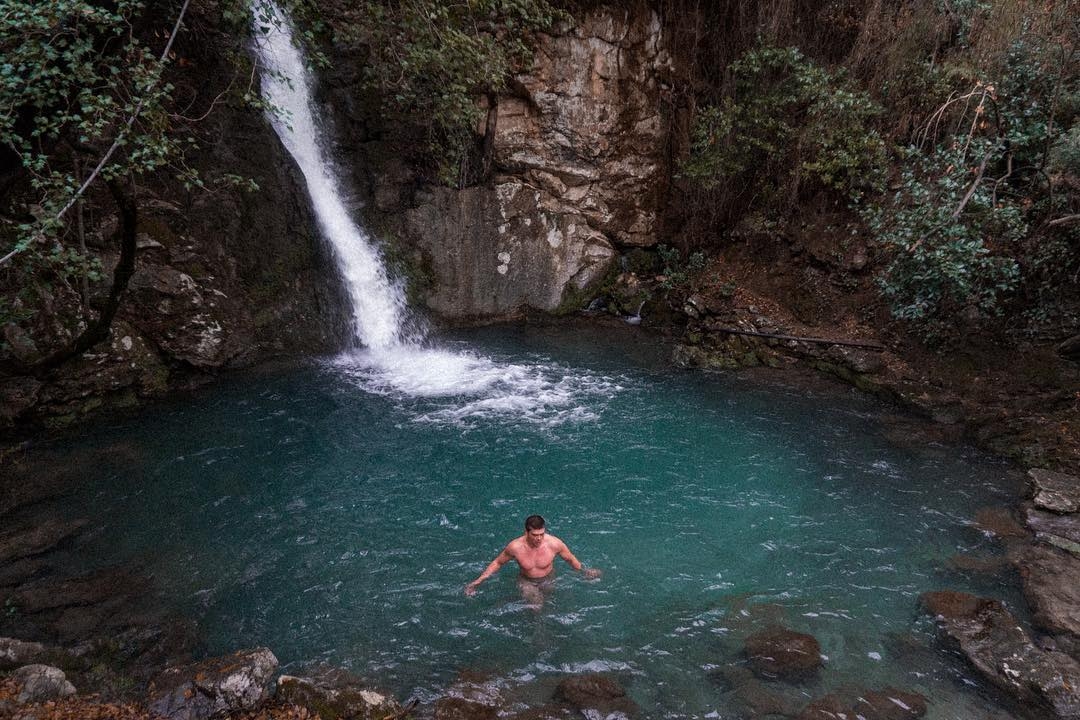 “A temperature of water is 8 degrees and the waterfall is really beautiful” Maxim said, but he likes “ice-covered water that’s much colder. Nevertheless, this is the south of the country and I am grateful for these 8 degrees” – writes Maksim in his post.

That’s why he went further into, believed or not the Nevidio Canyon. 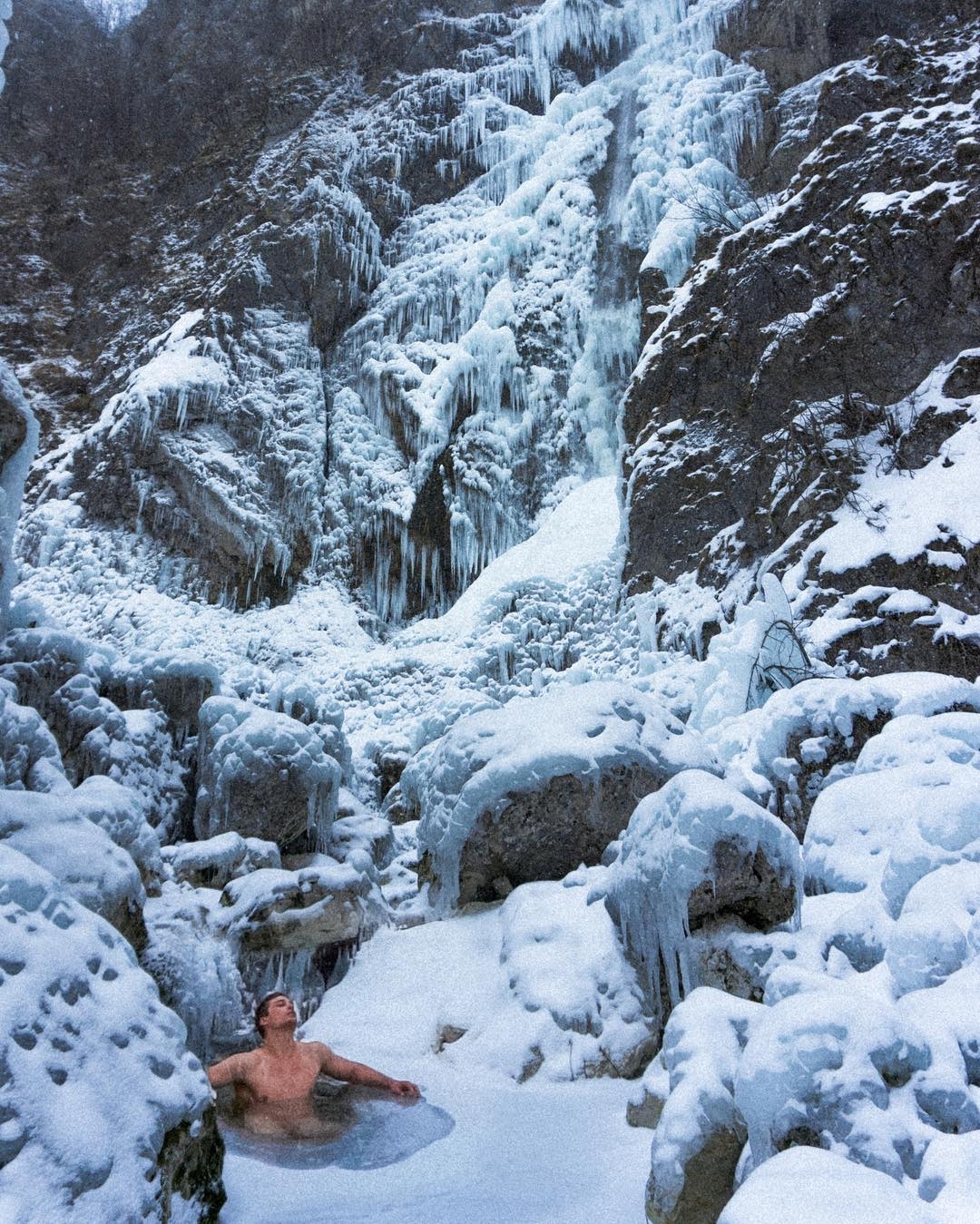 “His dreams come true” at Montenegro north, because the temperature is -15 degrees! Waterfall like this one is what he really loves and it seems to us like he truly enjoy in ice bathing.

His early mornings on Durmitor mountain looks like this: 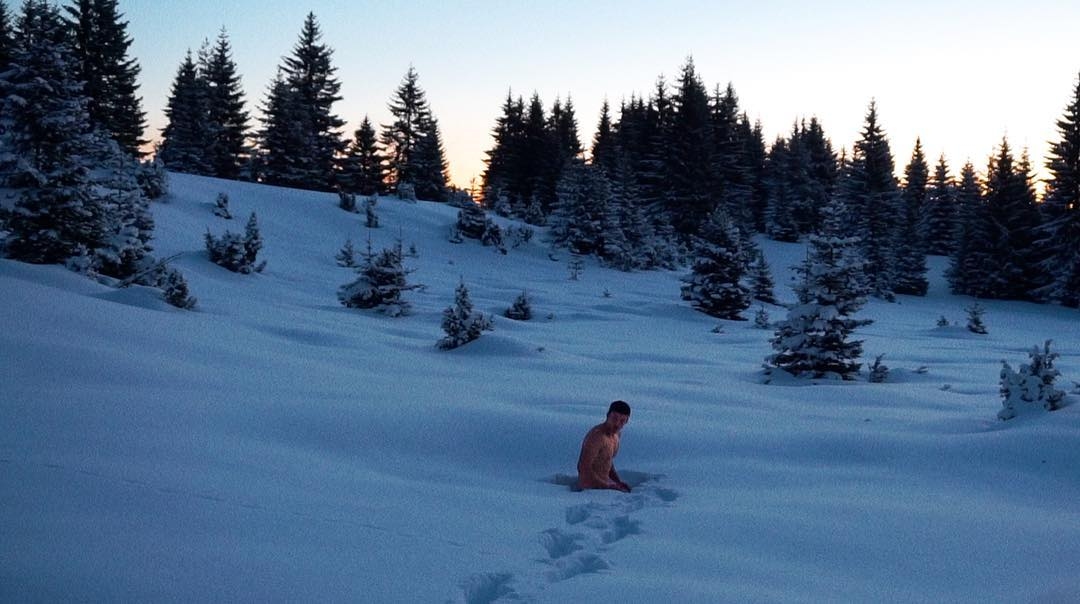 On their way back to south, they passed by the canyon of the Tara River.

Tara canyon was on his wish list for a long time, so he catch that moment and just did it. He left his spouse Irina with children to wait for his enjoying in ice of Tara canyon. He says that after this experience he could die with no regret. 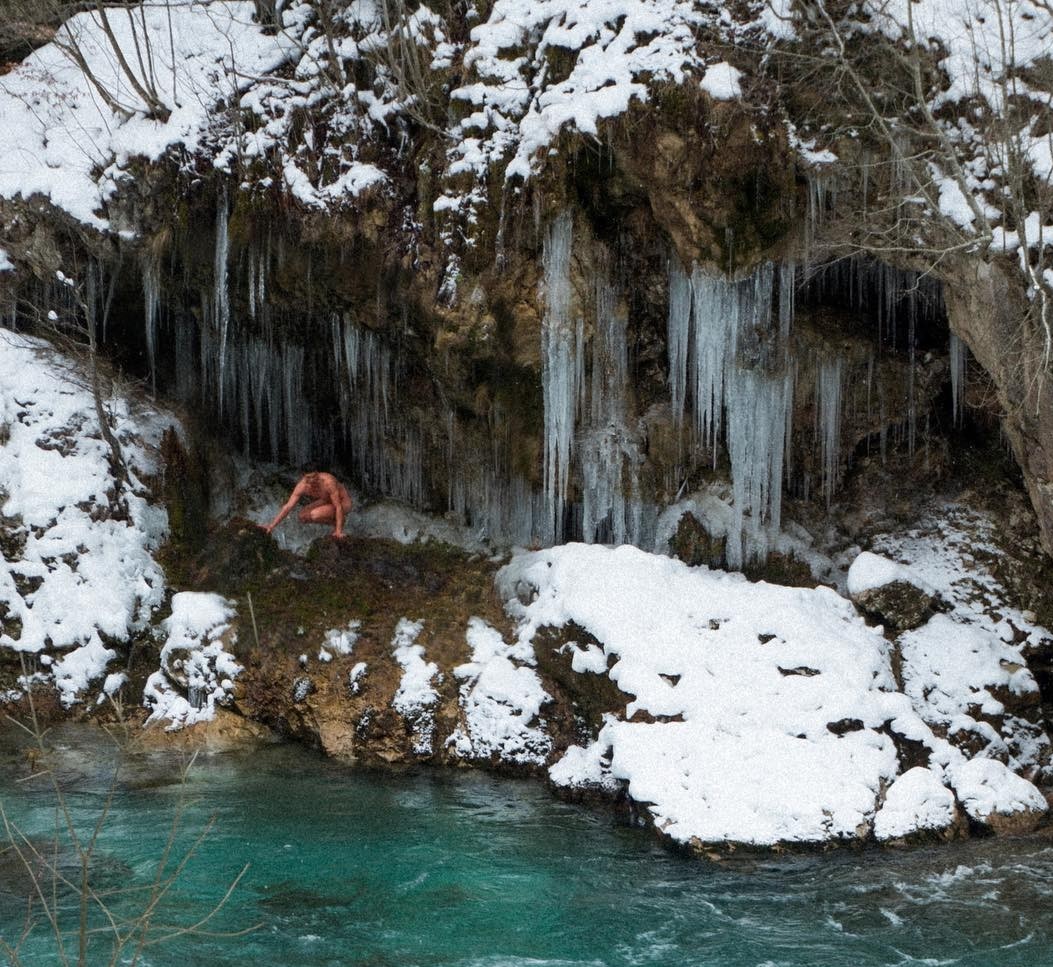 It seems like Maxim is inspired by the wilderness of the north over and over again because it is in complete harmony with his temperament.

Till the next Maxim’s adventure 🙂

19/03/2019
Gregory Papageorgiou, who is behind Instagram profile Grego Rios is travelholic, motorcyclist and photographer hobbist. You can feel his passion for biking and travelling through amazing photos, which count a thousands likes on social networks. He recen...
Continue reading
0 Shares

A German journalist writes about the underwater world of Montenegro: Diving and caves are your chance!

16/03/2019
Timo Dersch is a German journalist, editor and photographer for online and printed publications. We noticed him when he published amazing photos of underwater world near Bar. Timo Dersch reveals a hidden gem of the south-underwater world In conversati...
Continue reading
0 Shares

Maxim’s new adventure: Swimming in rough sea during the storm in Budva

28/02/2019
Since we introduce you to this Ukrainian guy in December last year, he keeps your attention by poking wild and dangerous Montenegro beauty. He casually took off his clothes while standing on snow and easily went into cold Black Lake (North Montenegro!) ...
Continue reading
0 Shares

It's not a dream 💫 📷 @mirandatillinghast

This is everything 💙 📸@starceviczeljko #S